Fountain of Souls: An A.I. Chronicle Who rules A.I., rules the World. 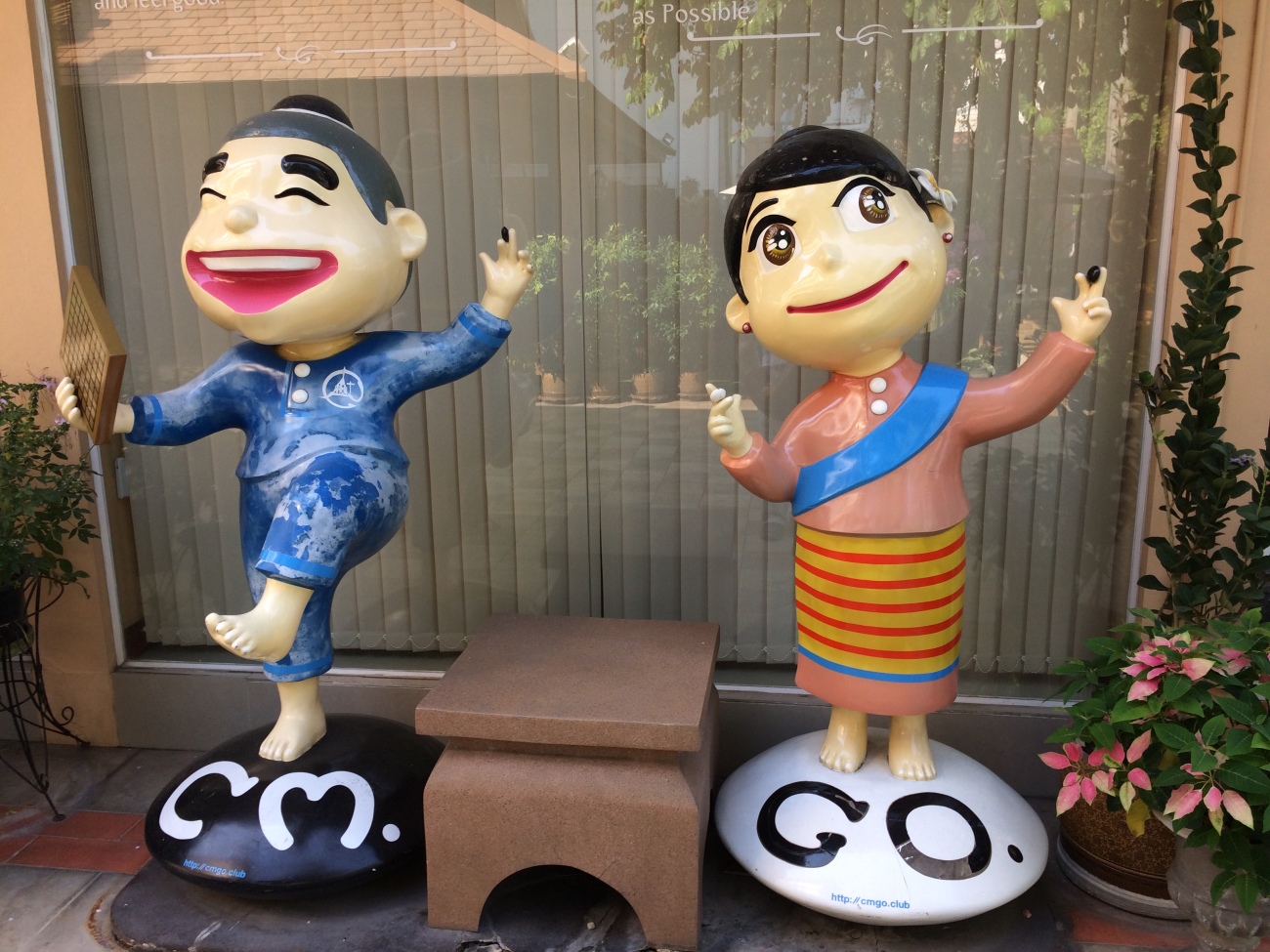 Several years ago, at a Rocket Software computer conference, a hippie-dressed business owner from New Zealand mentioned to me after my presentation that she goes to Chiang Mai every year.  I asked why would you go to the same place every year? She looked at me with a mysterious smile and said, “You must Go and see for yourself.”

So I went and stumbled across the C.M. GO club, where Chiang Mai gamers go and play the board game “Go”. The American Go Association describes Go in the following way:

“Beyond being merely a game, Go can take on other meanings to its devotees: an analogy for life, an intense meditation, a mirror of one’s personality, and exercise in abstract reasoning, a mental “workout” or, when played well, a beautiful art in which black and white dance in delicate balance across the board. But most important for all who play, Go, as a game, is challenging and fun.”

[side note – the Artificially Intelligent program AlphaGo, who appears in my book, ‘Our Only Chance’ and its sequel ‘Fountain of Souls’,  beat the world champion human Go player Lee Sedol in 2016, then champion Ke Jie in 2017. AlphaGo’s training was based on human game technique, whereas a new program AlphaGo Zero goes beyond that. Demis Hassabis, the co-founder and CEO of DeepMind, said that AlphaGo Zero was so powerful because it was “no longer constrained by the limits of human knowledge”. ]

I think travel is like Go. Travel can be play and can be spiritual, can inspire and can break your heart. I don’t know – I guess I love coincidences. I did Go to Chiang Mai, as I did Go to India and Turkey and Iceland and so many countries. And this blog is my version of that hippie business woman smiling mysteriously at you and saying “You must Go and see for yourself.”

Sunday Night Market, Chiang Mai (crisscross of major streets at the heart of the city)

I must say upfront I found Chiang Mai to be a square city, in more ways than one. The heart of the city is surrounded by a square moat, with the ruins of original walls and rebuilt gates visible. 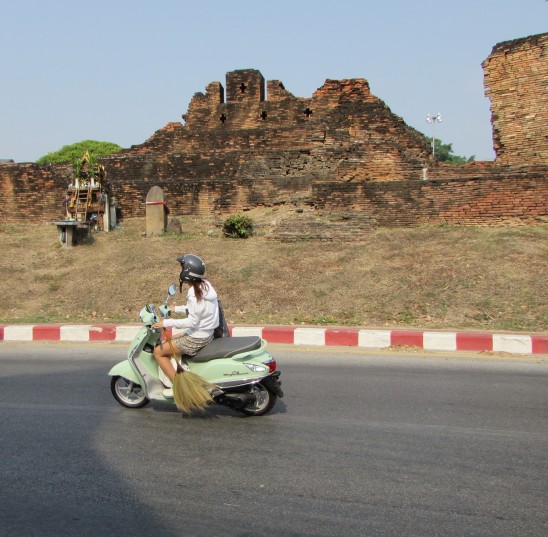 You can walk the moat, the square around the city, or dive into the heart of the city with its myriad little restaurants and shops. Everywhere you will notice how clean the city is and though there are many tourists you will be hard-pressed to find drunken loud-mouthed student tourists, because Chiang Mai is too pleasant for them. 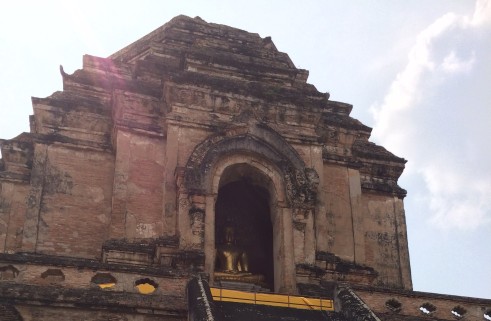 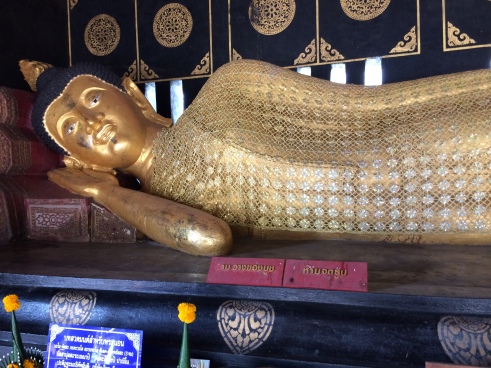 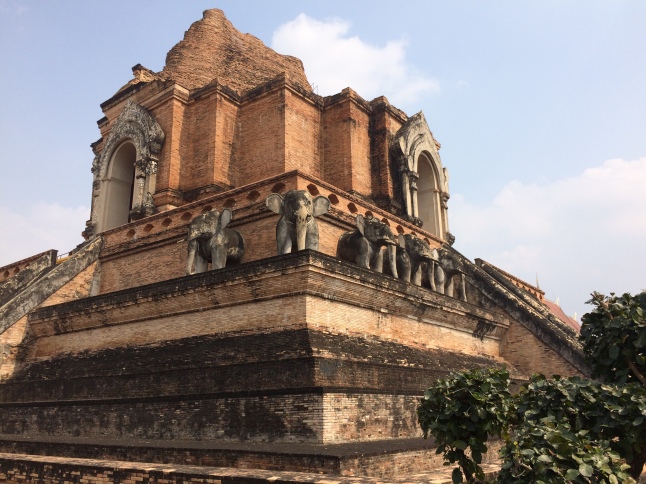 There are several nice ancient temples in the city, but after a day or two of exploring you will really want to venture out from the city, either into the nearby mountains or north to Chiang Rai. There is a tea plantation on the way to Chiang Rai that is a must stop for lunch and a view of the plantation from the hilltop. 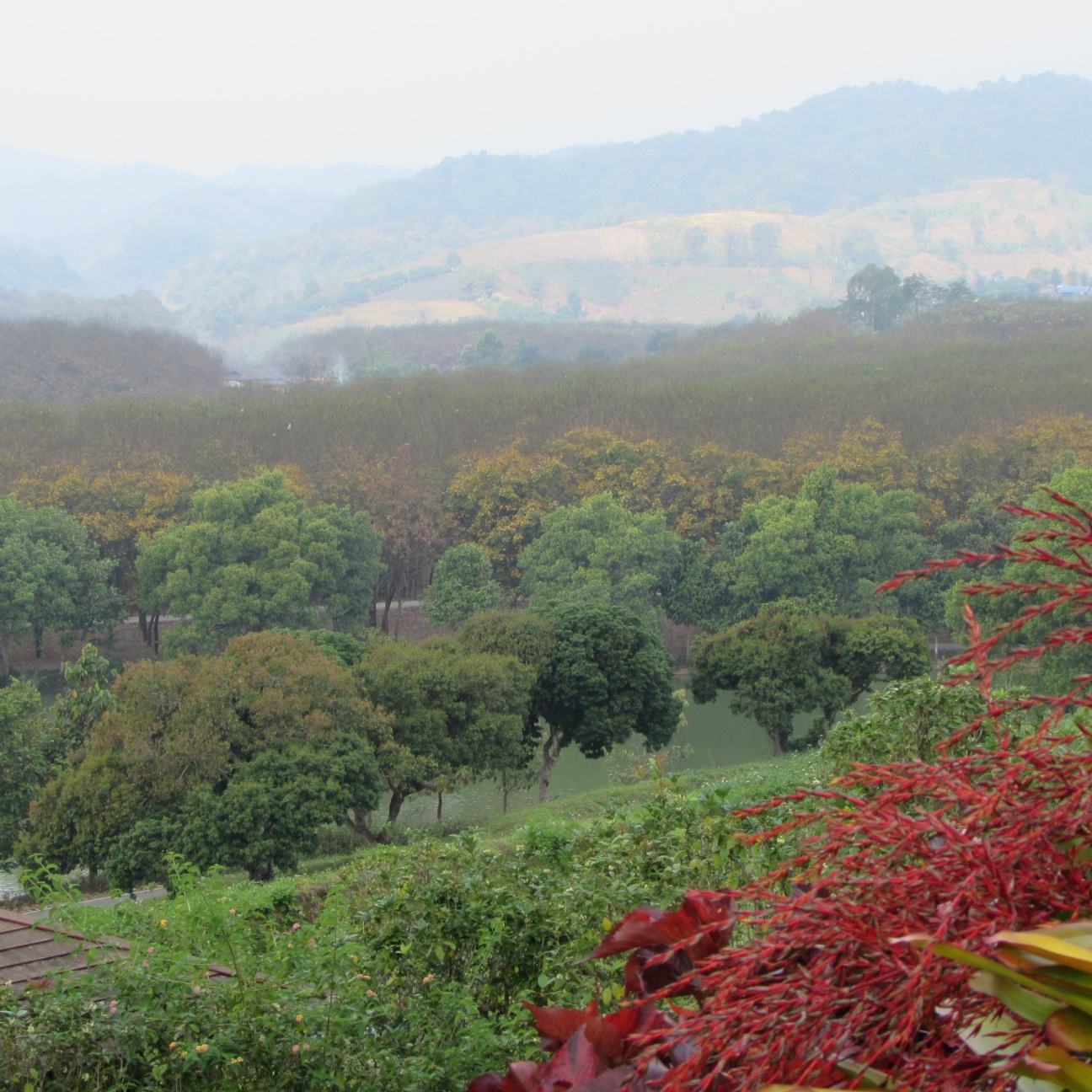 Then there is the White Temple, a modern paradoxical temple that is both beautiful and a bit on the dark side.

White Temple on road from Chiang Mai to Chiang Rai 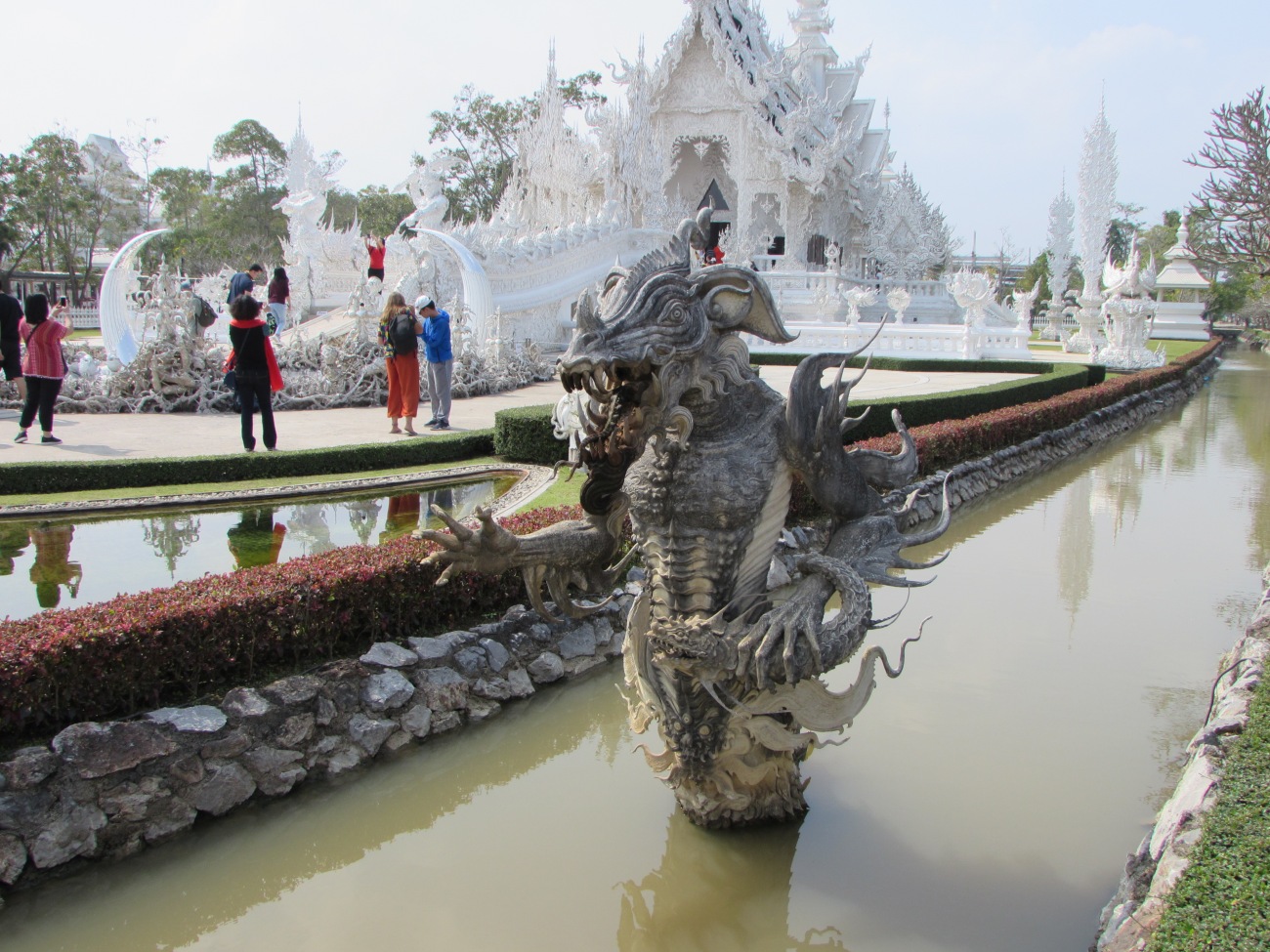 One of the many creatures around the temple

Another monstrous creature – oh wait, that’s a picture of me!

Scary walkway to the temple

Arriving at Chiang Rai, the driver turned around and headed back the 3 hours to Chiang Mai. Seems it was all about enjoying the trip and not so much the destination.

The food in Chiang Mai was excellent – this was a kind of creamy coconut milk broth soup with fresh vegetables. A lot of typical tad pai and rice dishes too.

In every city I go to now I look for the graffiti – there is such great professional grafitti nowadays. And interesting storefronts, ads, etc.

Lot of scooting people in this university town 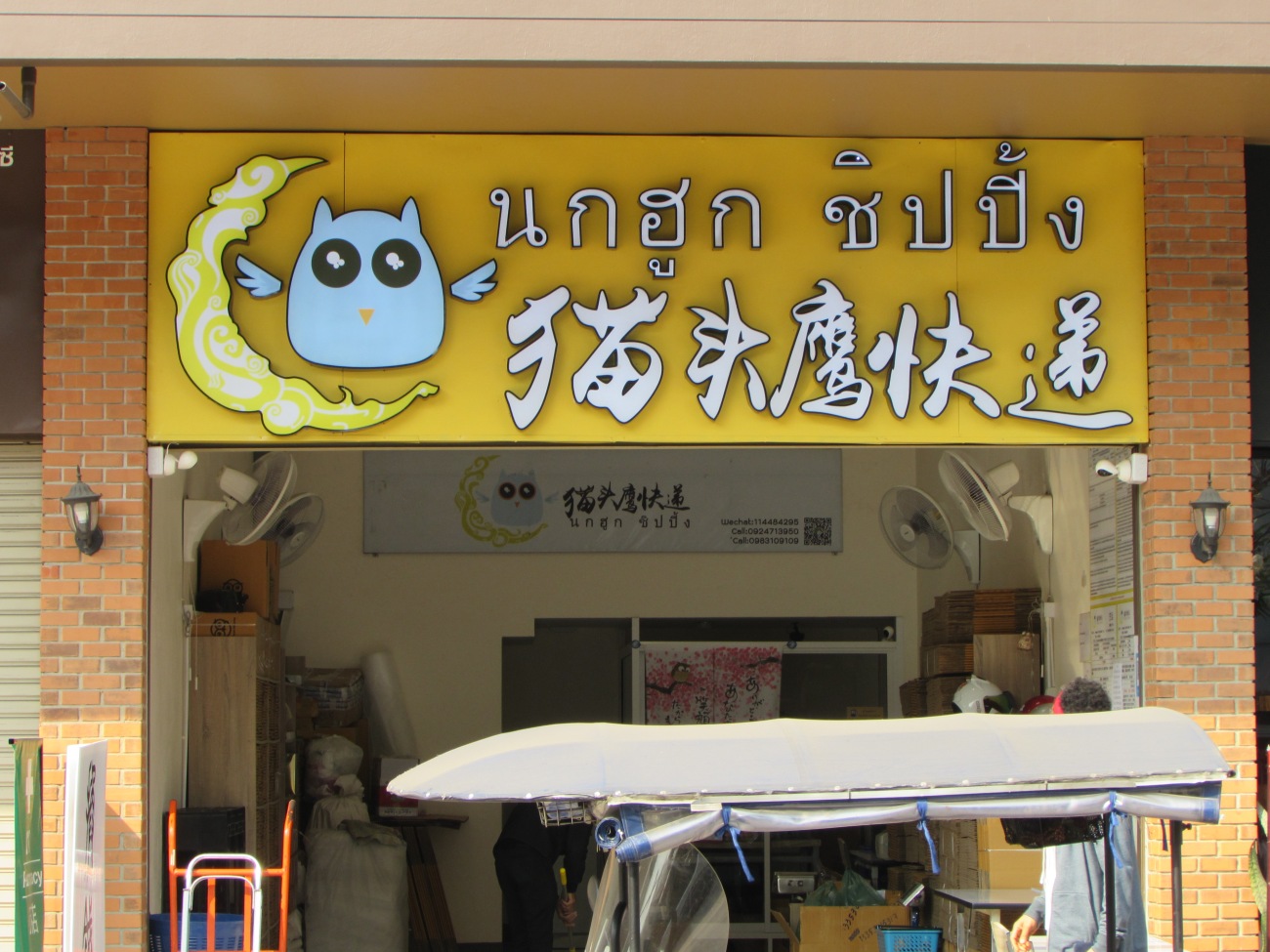 Face hidden in the bushes

There was a flower festival taking place in town (how square is that!), in the park in the southwest corner of the moated city, where many people come to enjoy nature, do yoga, practice acrobatics and do zumba! 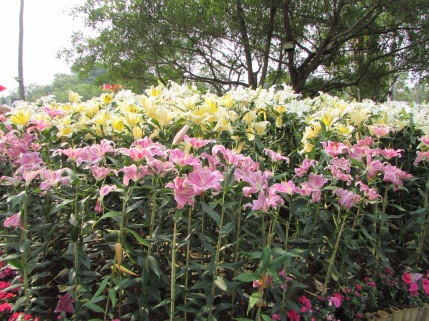 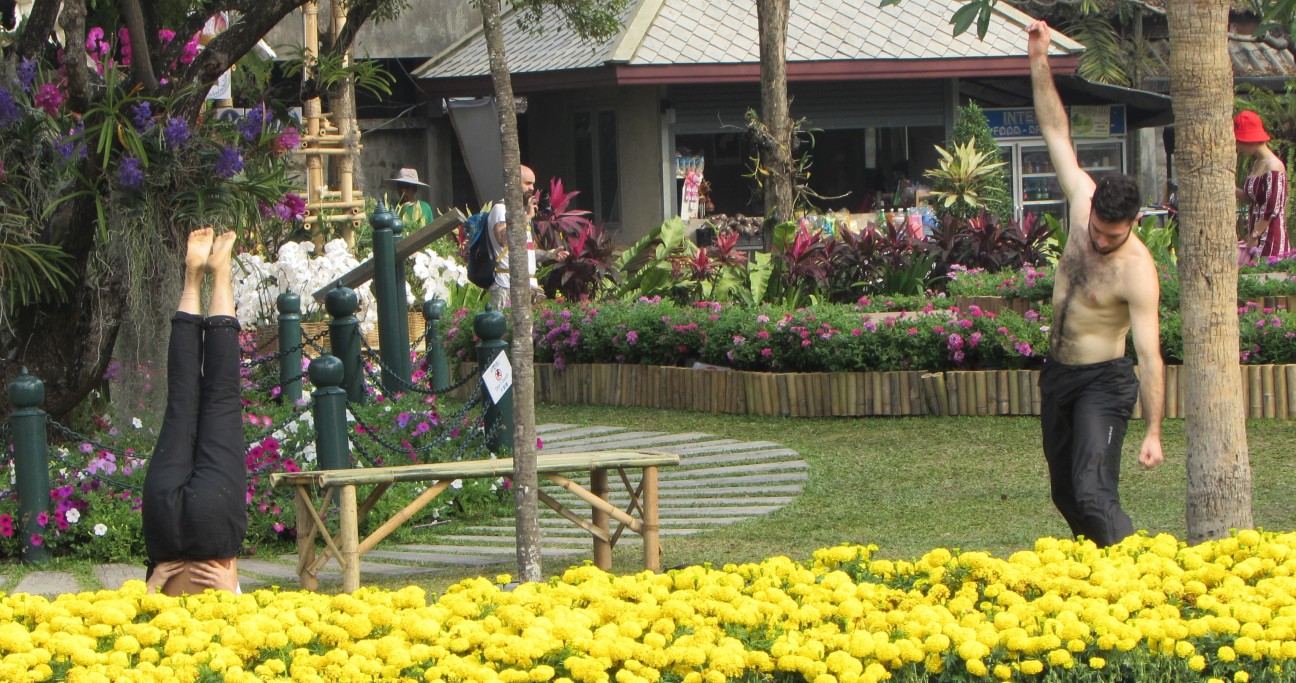 I did find magic in Chiang Mai, talking with people, laughing.

I let myself Go, and I’m glad I did – because I found a lover for my Indonesian woman statue I bought 25 years ago, a Thai drummer. She sits and listens to him forever.

She finally has a companion, after 25 years alone on my shelf!

I’ll finish with some scooter pictures, in the student parking street of Chiang Mai (note some leave their helmets, because who would steal their helmet in this square city?). 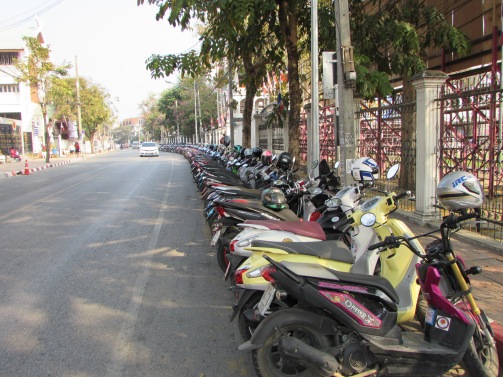 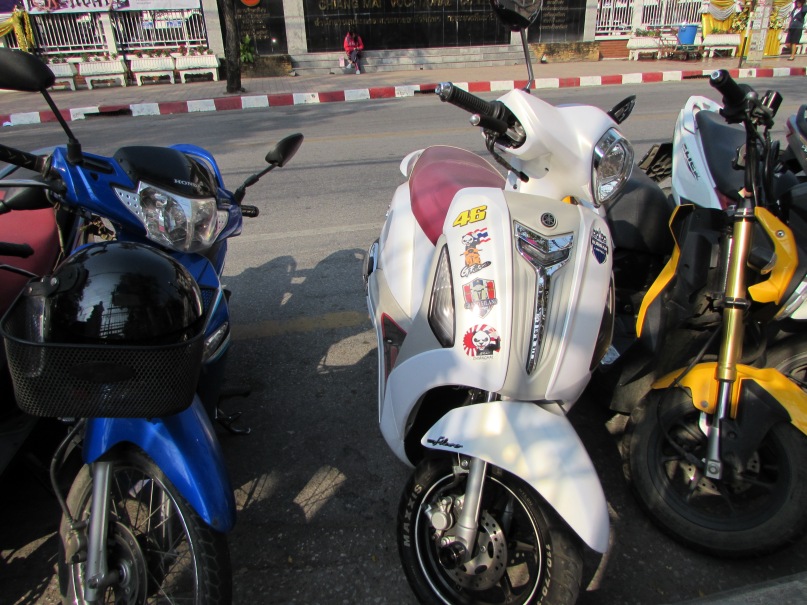 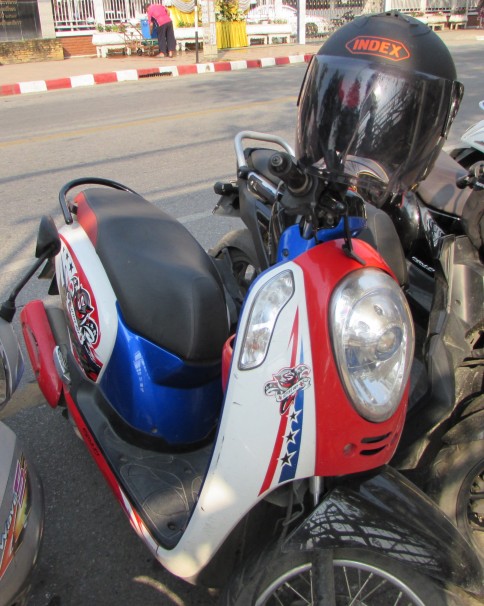 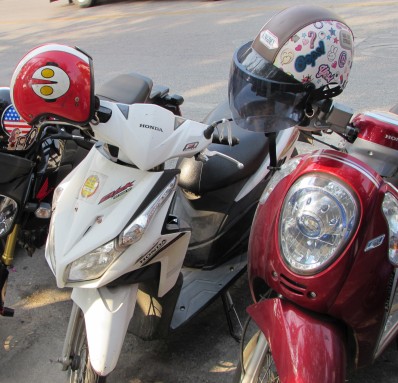 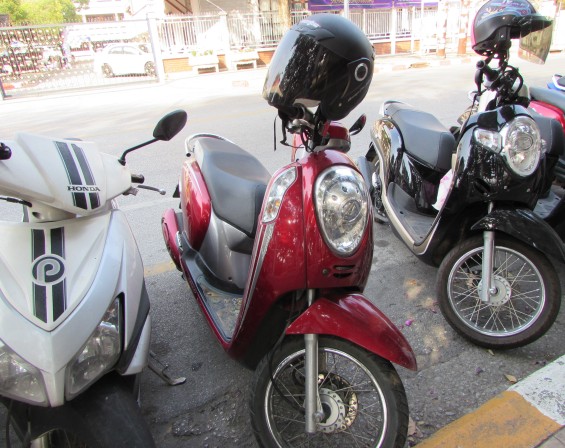 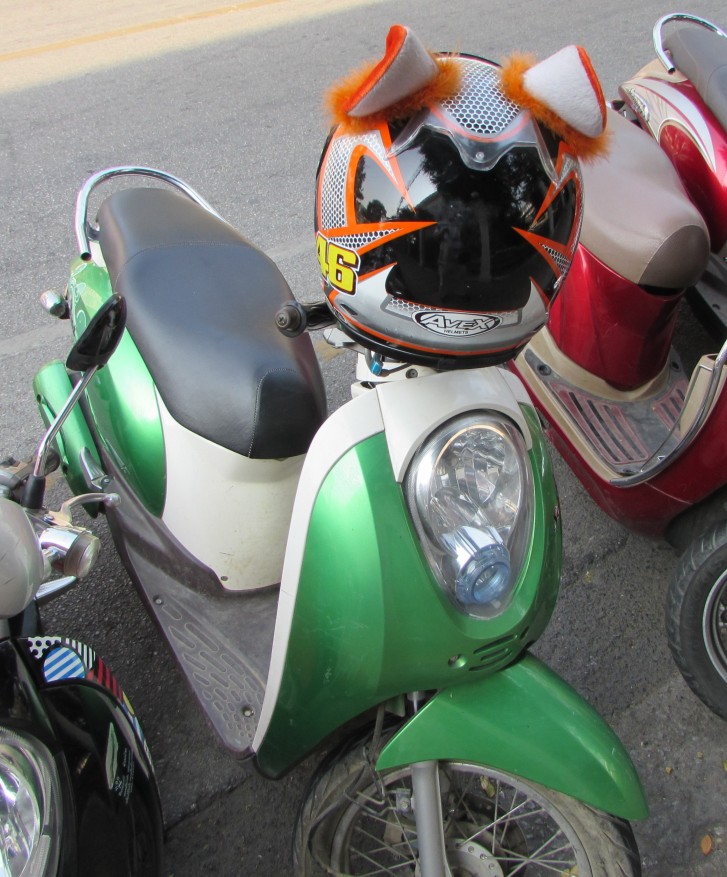 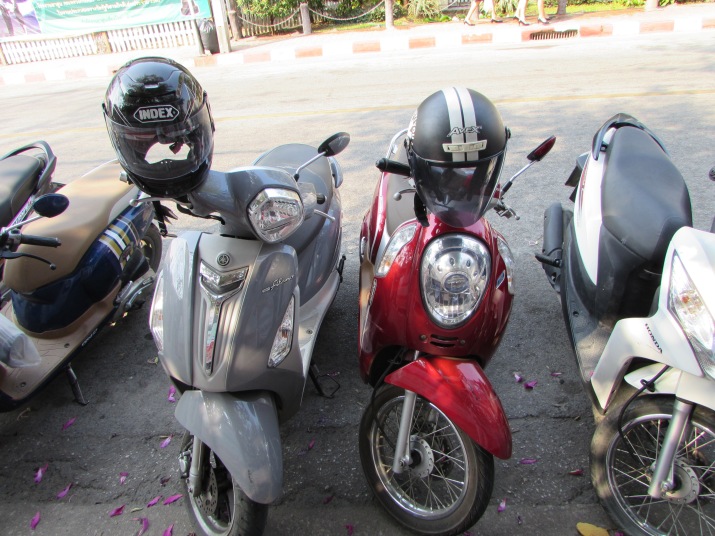 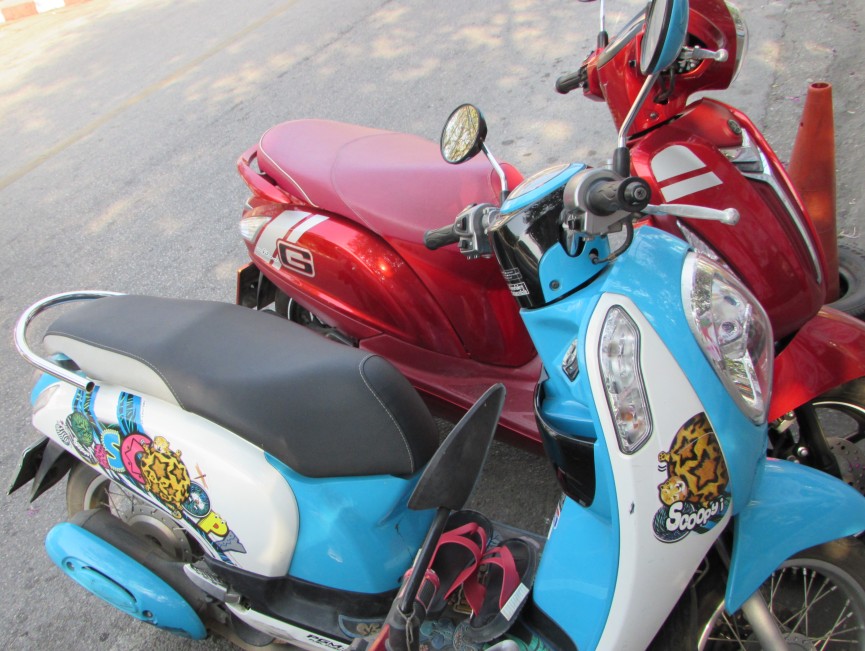 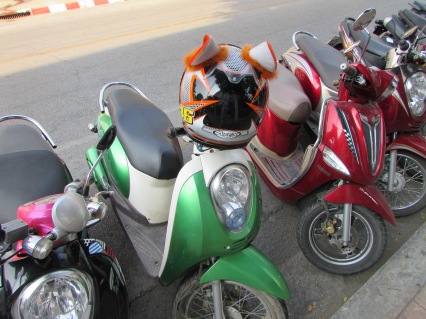 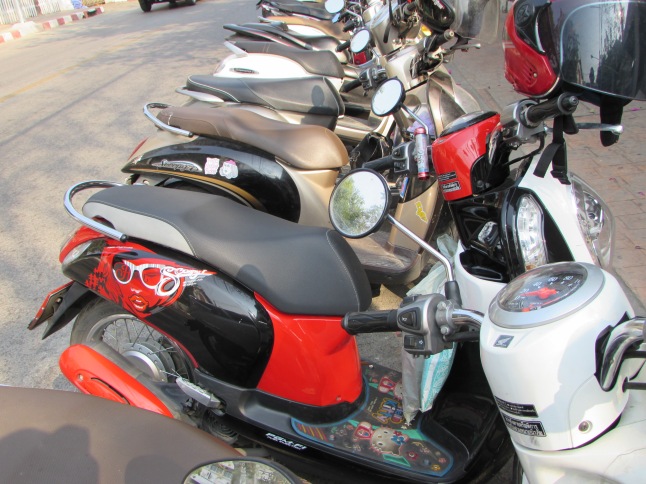