Me and brother Steve at the Dubai marina. Steve is pursuing business interests in the booming region. I am just a curious bystander.

Dubai – the newest city in the world!

Imagine if Disneyland leaped its boundaries and swallowed up a large chunk of a country. Then you would have some idea of Dubai, with its luxury residence, hotel and business towers, with its luxury malls (an entire indoor ski slope with lifts in the Dubai Mall – just outside of the city they are busy building the world’s largest mall). 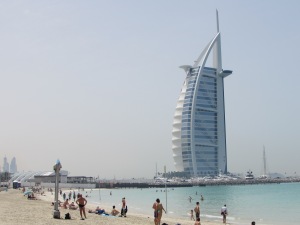 Imagine beaches where there are never waves, a city where the buildings are new and the streets are always clean, where there are amusement parks with rides. You can skydive, or dune bust in 4x4s, or do as I did and take a Heritage Desert Tour.

Yes the Islamic prayers echoing over the city once in a while are a bit disquieting, but you can pretend they are garbled theme park announcements.

And just wait a couple years – they are busy building Jurassic Park (with real dinosaurs?) along with the world’s largest conglomeration of vacation parks. This push to make a Disneylandish country is the ruling family’s plan to replace oil reserve income with tourist income – and so far it has worked well. Tourists are pouring in for the plethora of worldly pleasures.

On the Heritage tour you use 1950 land rovers and drive on one of the ruling sheik’s desert preserves/farms.

Also Dubai has established itself as THE place to do business in the Middle East, luring IBM, AMD, and a hundred other companies with free tax zones and lax partnership deals that the other countries in the region require. Too every restaurant franchise you can imagine dots the street corners, from Pizza Hut to KFC to Subway – even Texas Roadhouse in the Mall of the Emirates (next to the world’s tallest building).

I have to admit Dubai proper is not my cup of tea, but I did find the modern architecture impressive. Mostly I enjoyed getting out in nature with a Heritage desert safari and dinner. Something about a cool night breeze and sand at my feet and good food and company.

Still something rings false here. The implication that personal success is all about how much money you have (there is actually a sign on the main freeway from the Dubai airport advertising Trump Estates with the slogan – “A sure sign of your success”). No, I don’t think that is right – I don’t think owning a residence in Dubai is a sign of anything except one’s ability to spend money. Yet I understand this is just advertising, and that the rulers want their people to have jobs, so maybe they are compromising a bit on the Islamic pursuit of holiness – to get more dollars into their country.

Let me head to Varanasi, India, the oldest city in the world, the very opposite of Dubai, and see what they think is a sure sign of success (pursuit of enlightment?). More to come…in the meanwhile, here are more pictures:

Camel riding – the hard part is getting down 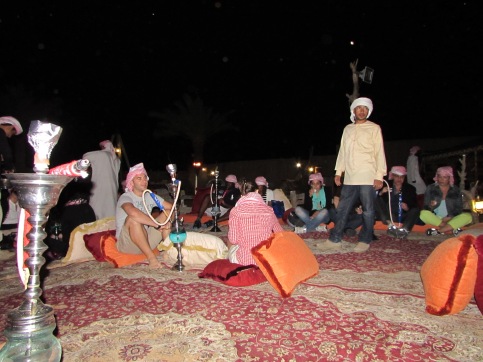 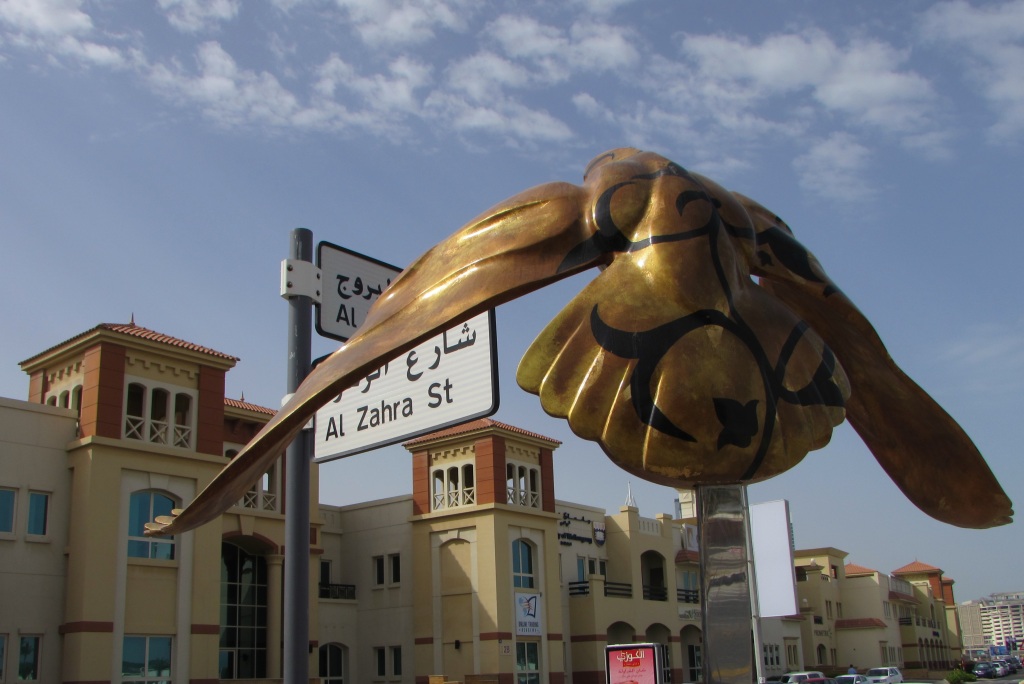 Comic con contest at Dubai Mall (not Mall of the Emirates) – this one’s a Stormtrooper cosplaying Pikachu!

Me and my friend. Note my Tintin shirt (bought in Finland last year)