Paris and Barcelona with Grandsons – July, 2018

Featured Book by Ray Else
Fountain of Souls: An A.I. Chronicle

Who rules A.I., rules the World.

Graduate Oscar on first trip to France and Spain

My oldest grandson Oscar graduated from high school and will be going to university in September 2018 to study music and finance. I thought he might like a trip to Europe as a kind of graduation present (with his parents helping some with the cost), so off we went, Oscar, my second oldest grandson Andrew (to keep Oscar company) and me, grandpa.

I’ll make a few comments about traveling with teens, then I will tell the rest mostly with pictures.

So my brief advice is to be flexible and maybe see less than you wanted to each day, maybe just one special place a day. They’ll like that better and remember each place you visited better. For example we slept late one day and and went to the marvelous Musee D’Orsay an entire afternoon – they could really appreciate these paintings. Another afternoon we visited the Picasso Museum (nice, no crowds, but interest in him seems to be dying).

And don’t forget teens like movies! It was especially hot in Paris, so we saw 3 movies in the afternoons to beat the heat:

Now on to the Paris pictures:

Selfie in front of Notre Dame – I made it black and white just to be different. Andrew said we’re all squinting because looking into the sun.

Andrew grew into a giant taller than the Eiffel Tower thanks to Oscar’s expert picture taking! 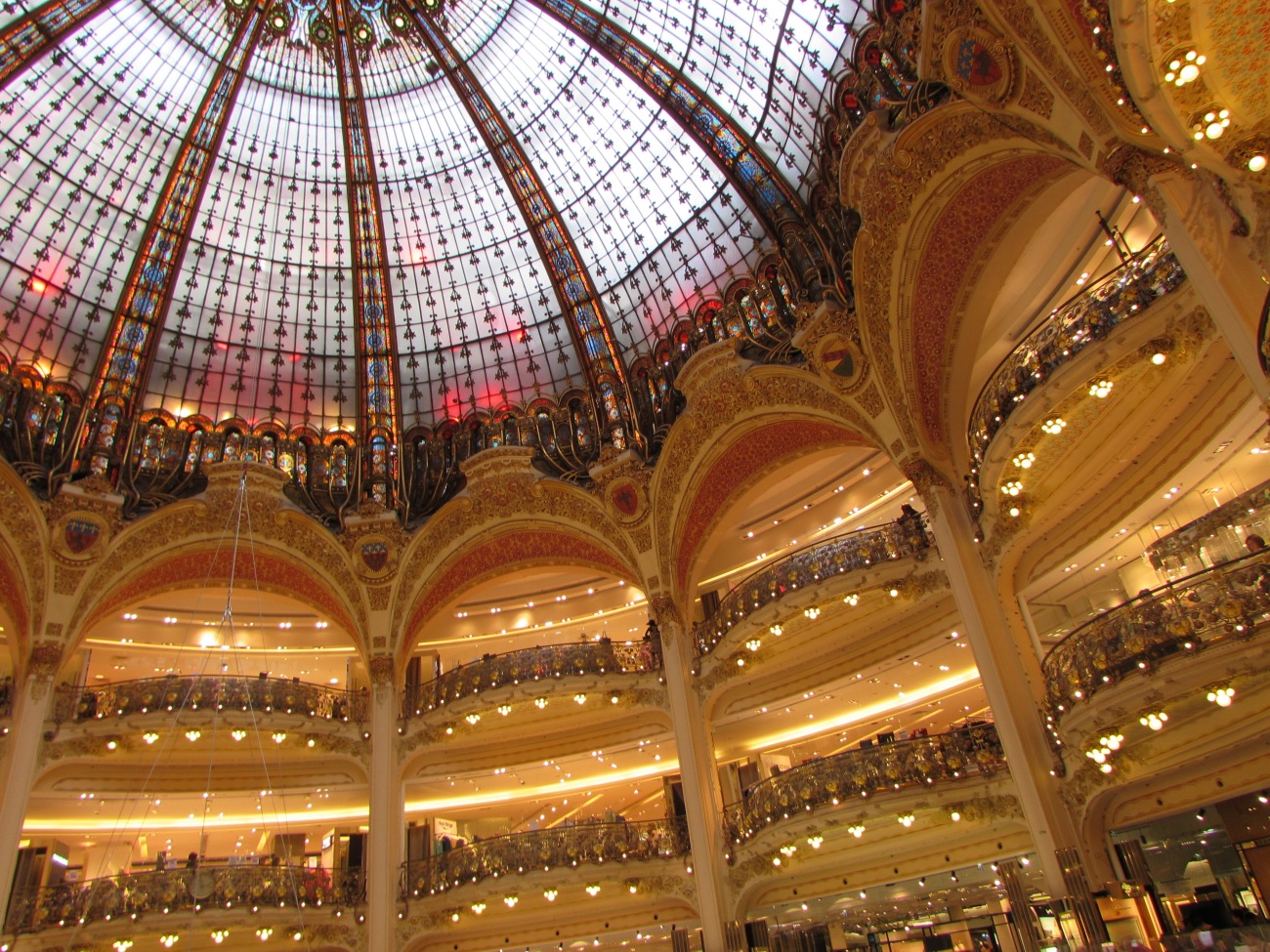 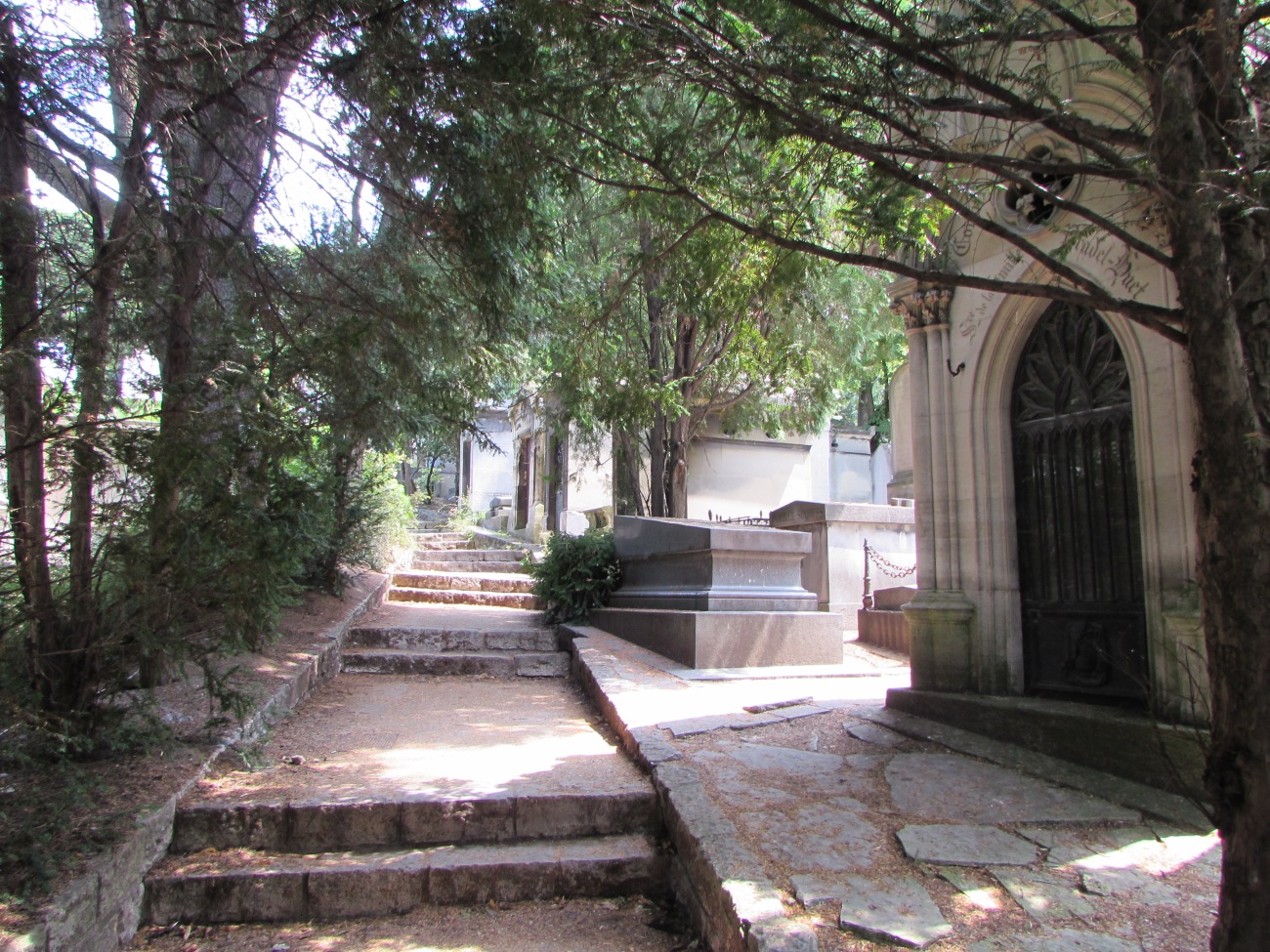 Where is Jim Morrison’s grave? This cemetery is huge! 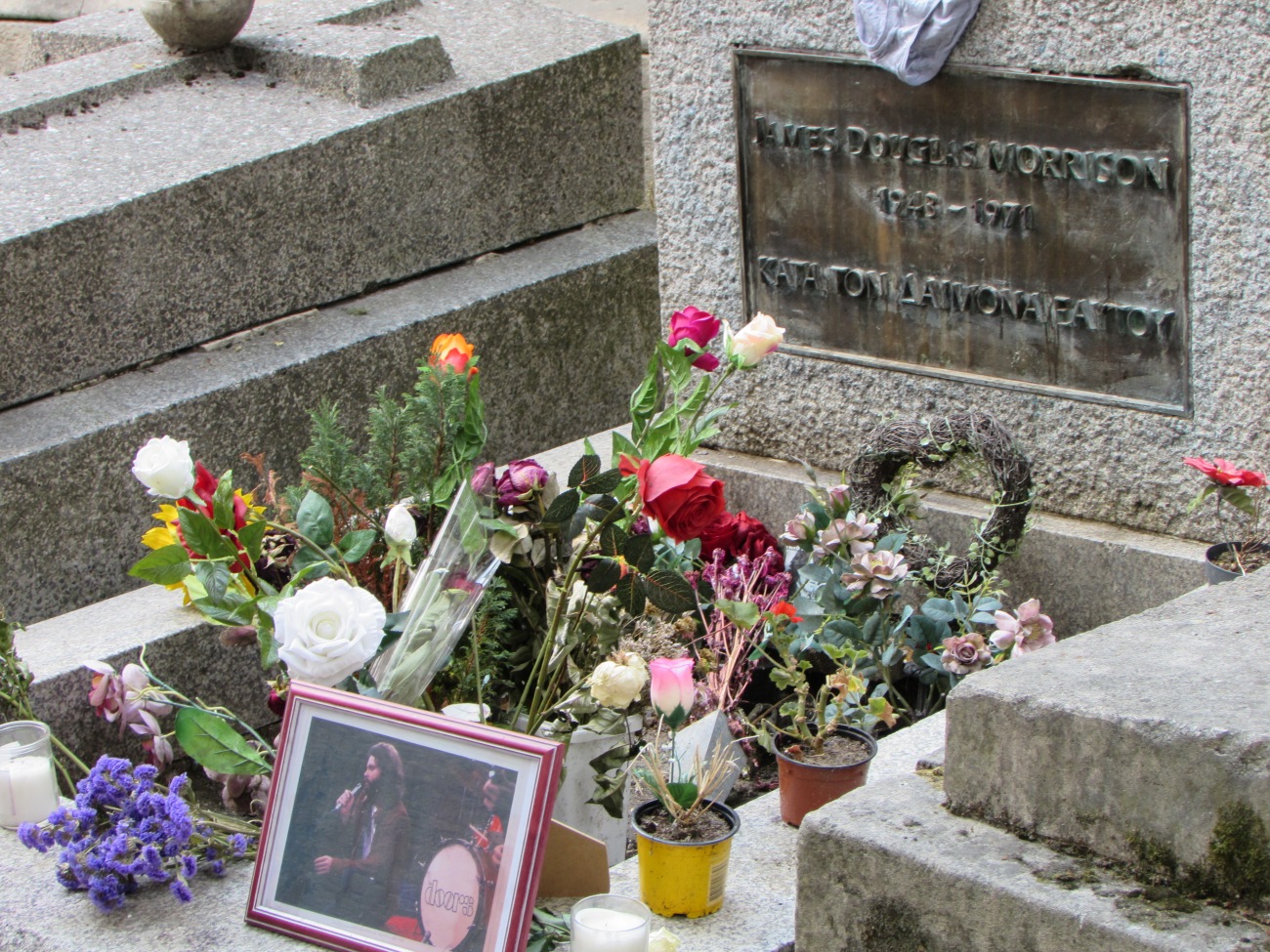 At the Saint Michel Fountain, in the latin quarter of Paris 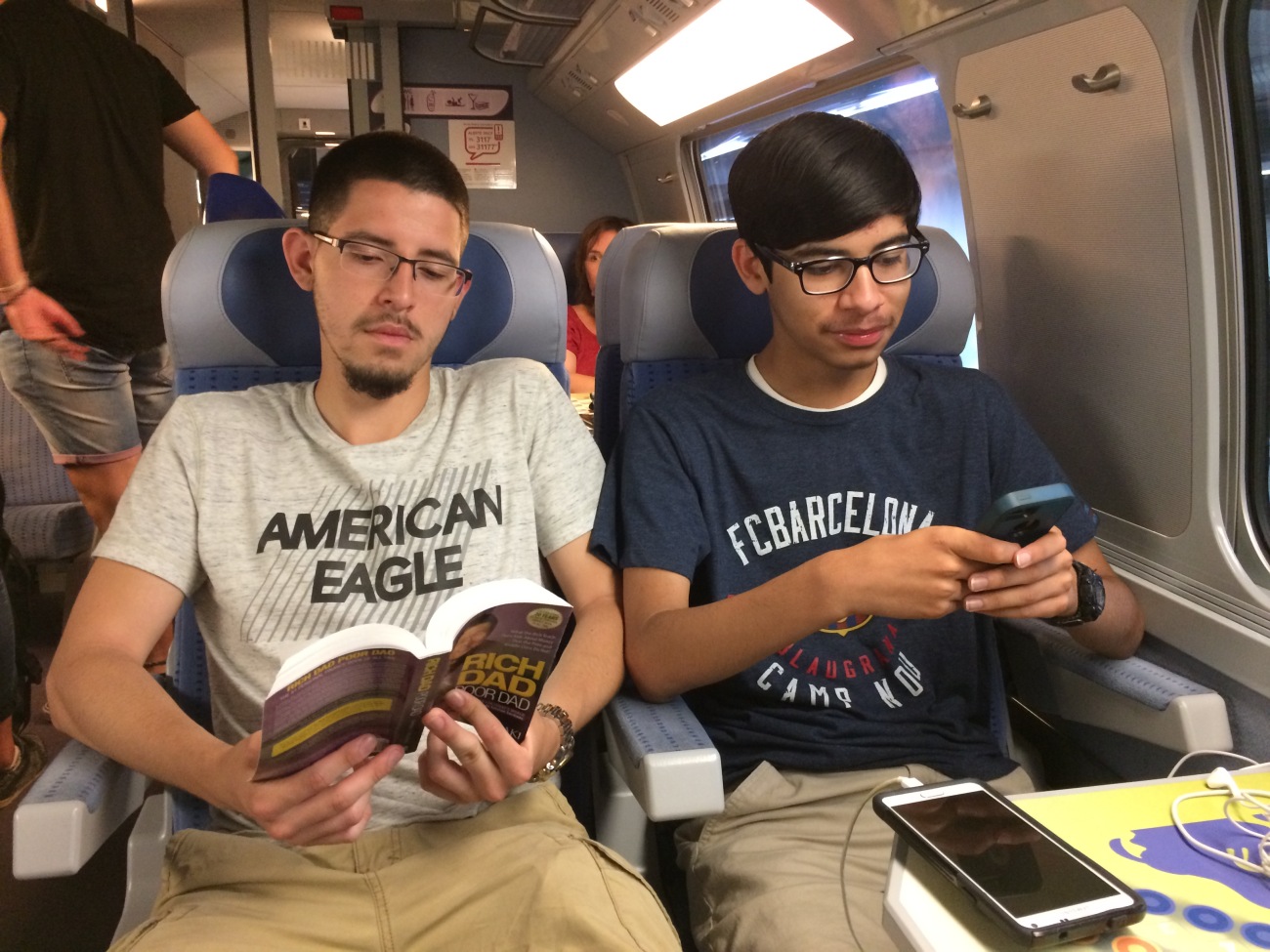 We took the bullet train from Paris to Barcelona and back. Six and a half relaxing hours each way. First class has reclining seats. Oscar dabbles in Forex trading and wants to establish passive income to supplement his music teacher income once he graduates from college. Andrew wants to be an architect.

Park designed by Gaudi. (Andrew liked it since he is into architecture – I was not overly impressed.)

Gaudi’s Sagrada Familia Cathedral. Andrew’s braces are bothering him as you can tell from this picture.

Funny toppings on the towers

From this position it looks like its melting. They’ve been working on it for a hundred years and will probably be at it for another hundred

Stained glass inside the Cathedral 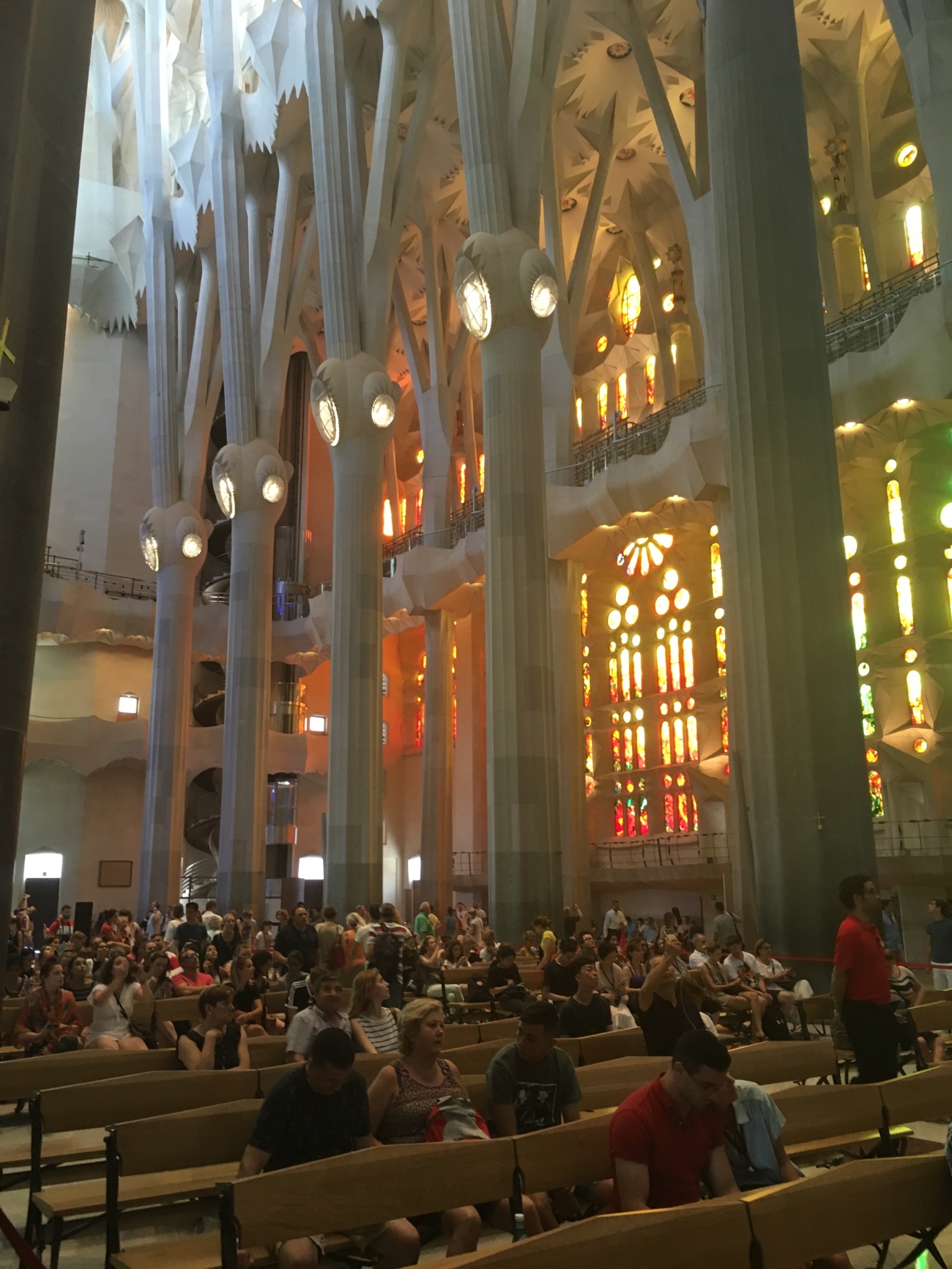 Winding staircase down from the tower tour

Beach at Barcelona. Water was clear and cool, but there were some jelly fish (which they call medusa). Optionally topless beach means culture shock for Americans.

Right where the water meets the sandy edge, we collected smooth colored glass and clear and opaque jellybean quartz.

Found the French and the Spaniards to be nice enough, and their countries interesting.