I soon realized upon arriving in Hong Kong that for a tourist the city is parted in two by a body of water, like the Seine river parts Paris. Only this water is wide and deep and called Victoria Harbour. You will find yourself, as I did, again and again taking the Star Ferry, a short 10 minute cruise for two Hong Kong dollars,  back and forth between Hong Kong Island and the other side of Hong Kong on the mainland called Kowloon.

As I’ve mentioned in previous blogs I am a walker – I love to hike all over a city or mountain – typically 3 to 6 hours a day.

And Hong Kong surprised me by being a city for walking with a few caveats:

I wondered too why so many stores were closed – and then I found out the owners were on Chinese New Year vacation. Still there were many open on the  larger streets down by the harbor and across the harbor in Kowloon around Nathan Street.

Like all big worldly cities there were Starbucks and McDonalds (selling crayfish soup). And since Hong Kong was once owned by the British (quite a story that is, involving opium and battleships), there are Marks and Spencer stores and lots  of pubs and a lot of English signs to go along with the Chinese.

There is big name shopping in Hong Kong, along with a million smaller markets and stores.

I saw a banner on one building that said, “The only thing irresistible is good design.” I think that is a big part of all commerce – marketing and ads – which are all  about sending a message with a picture. I saw examples everywhere, in the architecture (which also take into account Feng Shui), in women’s dress, even in street art.

I saw a lot of vegetable markets, packed with shoppers, and fresh seafood stalls as well.

I finally found a Chinese resto open selling seafood so I ordered their abalone and tiger shrimp special for 128 Hong Kong Dollars (about $13 US). I now know abalone tastes about as good as  it looks.

I failed in my first attempt to find the new Comic Characters Avenue in Kowloon, but succeeded on my second attempt. Below are some Chinese Comic Characters (keeping in mind Garfield the Cat is famous in China as well because fat cats bring good luck – also Ferrero Rocher chocolates were being sold by the millions as part of the Chinese New Year celebration because they are wrapped in gold colored paper and gold is good luck too). 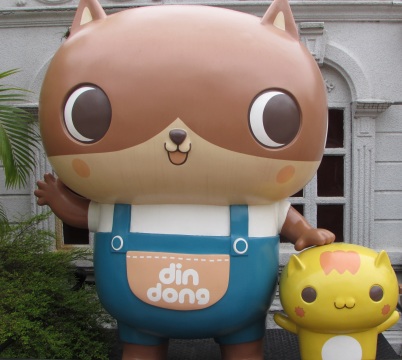 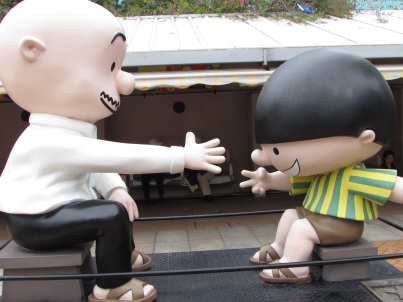 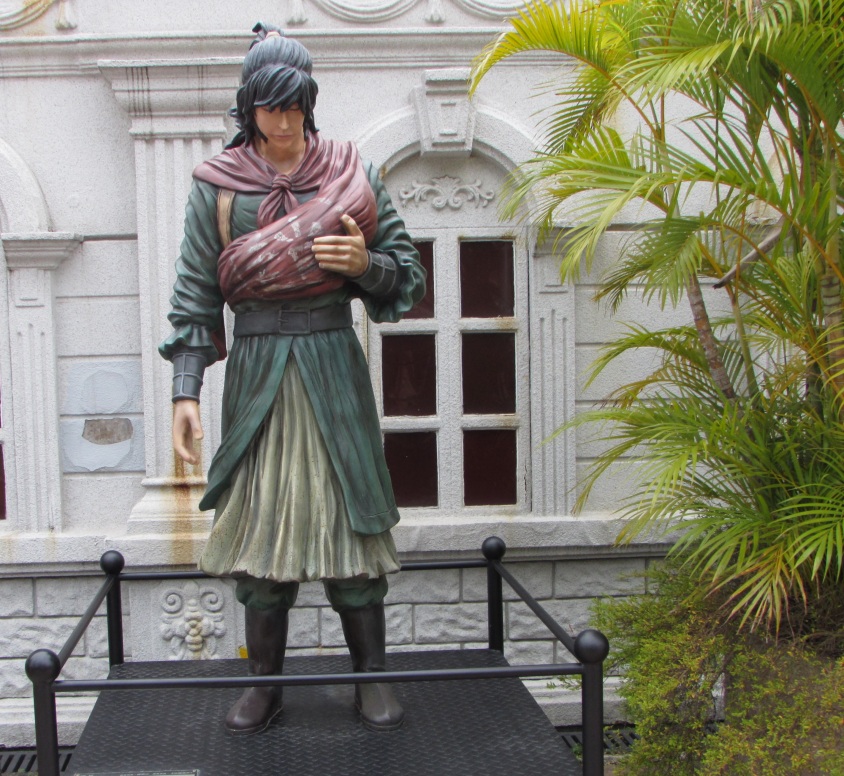 Hong Kong was not what I expected – has a young vibe to it and a real sense of commerce. Everyone was friendly to me.

p.s. to my grandson Vincent – there is a huge Boy Scout building here

p.p.s. – to my fellow rockhounds – there is a whole street dedicated to Jade, a stone cherished in China (yes, another good luck charm!). There is even a Jade boulder statue