I took the Shinkansen Nozomi bullet train from Tokyo to Kyoto – paid a little extra for a reserved seat as the trains that day were crowded. Cost $250 for roundtrip. Ride took about 2 hours and 15 minutes. A fast train indeed.

Tokyo was nice, but the bigger the city the less I tend to like it. Kyoto just felt better, the moment I arrived by bullet train. The ancient capital of Japan, it promised more old world culture as well, and delivered. But before we get to that I want to show two cool garage paintings, the first is from Tokyo, the second I noticed from the taxi to my hotel in Kyoto (and hiked back a couple miles to take the picture).

I wish my garage door looked like this! (Tokyo)

I don’t think the wife would like me to paint our garage door like this, as cool as it is. (Kyoto)

I stayed at a western type hotel called the Garden Palace, across the street from the Imperial Palace Gardens. Walking distance to good shopping and the old town (with taxis available if needed). A decent place with a decent western or Japanese breakfast.

A strange thing happened on my first long walk in the city – I came upon a temple surrounded by a moat, and on the temple wall sat an eagle and a crane. Now to see a crane or an eagle by themselves, nice. To see the two of them not 10 feet from each other, that was like an omen. A blessing. Anyway I interpreted it as such.

Crane on a temple roof, next to an eagle

An eagle on temple roof, next to a crane

I discovered to my delight, quite by accident, The Kyoto International Manga Museum about 8 long blocks from the hotel. They have exhibits there and artist visits and cosplay. For about $8 you can stay all day and read from their massive collection of manga series (mostly Japanese though). I picked out a very nice one about a girl who used a blowgun to shoot hypodermic needles into bad spirits that kept peeing on people’s bicycles. The needles made their heads explode. And there is this one little cute (bad?) spirit who keeps avoiding her shots. Of course it was all in Japanese so reading it was like being a child who had not yet learned to make out words. Only the pictures. I still enjoyed it. 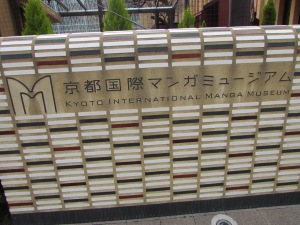 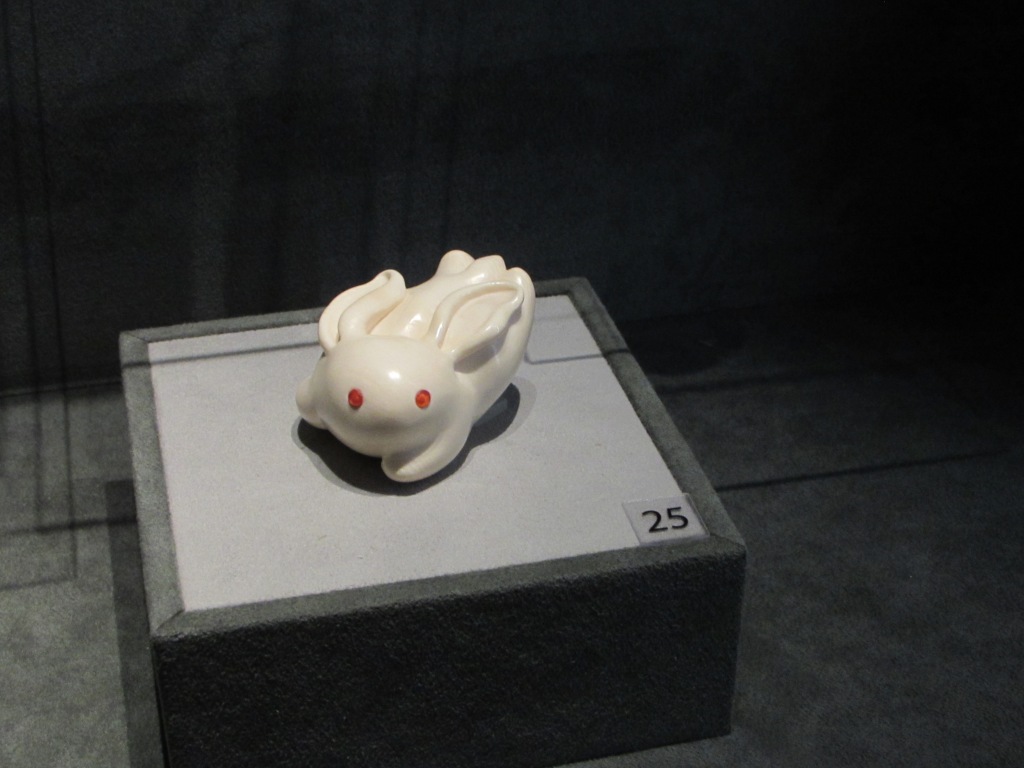 Hey what are you doing here? You were supposed to stay in my Tokyo post! (Darn fellow keeps following me around.)

I did visit several Buddhist temples and Shinto shrines. Apparently most Japanese believe in both religions, neither of which has a God to revere, but rather they both teach that one must respect the world and its inhabitants. One must be civilized. There is the possibility for enlightenment, but it is a sliding scale. (I have more to learn about this, I admit.) 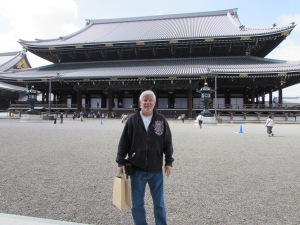 I was lucky to arrive when the cherry trees were blossoming. This is a spiritual time for the Japanese, springtime, when nature renews herself.

Me with my bearded rogue samurai look

The next day I went walking through the old Geisha part of the city called Gion. A lot of nice old wooden buildings. A loud roar made me jump – was a monk coming up behind me echoing a kind of annoying chant – chasing away the bad spirits I suppose. 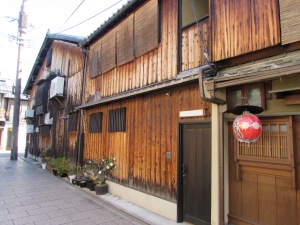 Buildings in Gion area are shops and restos and private residences

A monk circling old town, chanting like a motorcycle with no muffler

From old town I crossed back over the river, past a haunted house, and found my way to the tourist shopping district.

A haunted house – will probably make it into my next book.

Found an open air shopping district, quite busy for a Monday, then I made my way to the Pokemon store inside the Takashimaya store. Apparently Pokemon is as popular as ever here with the little ones.

On my way down the escalator, I went one floor too far, and ended up in the basement which unbeknownst to me, was food paradise! You’ve got to check out the Takashimaya basement when in Kyoto!

Stuffed waffles – first had these at the weekend market in Hilo, Hawaii. Hmmm.

Shrimp and Asparagus and Fish Tempura 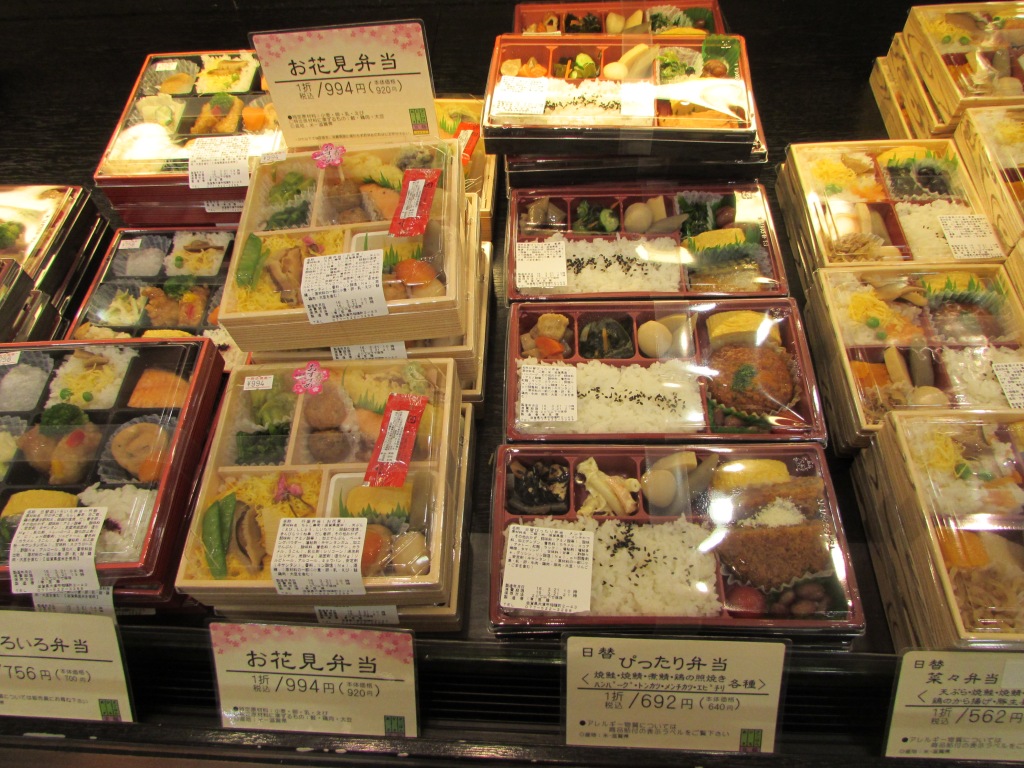 Kyoto impressed me, with both its modernity and its old temples and old town center Gion. And its food. Friendly people, just like in Tokyo. Be sure and click here for my Tokyo post – lots more Japanese culture and advice.

Leave a Reply to V Else Cancel reply